‘Thirteen Reasons Why’: Behind the Scenes of Teen Suicide 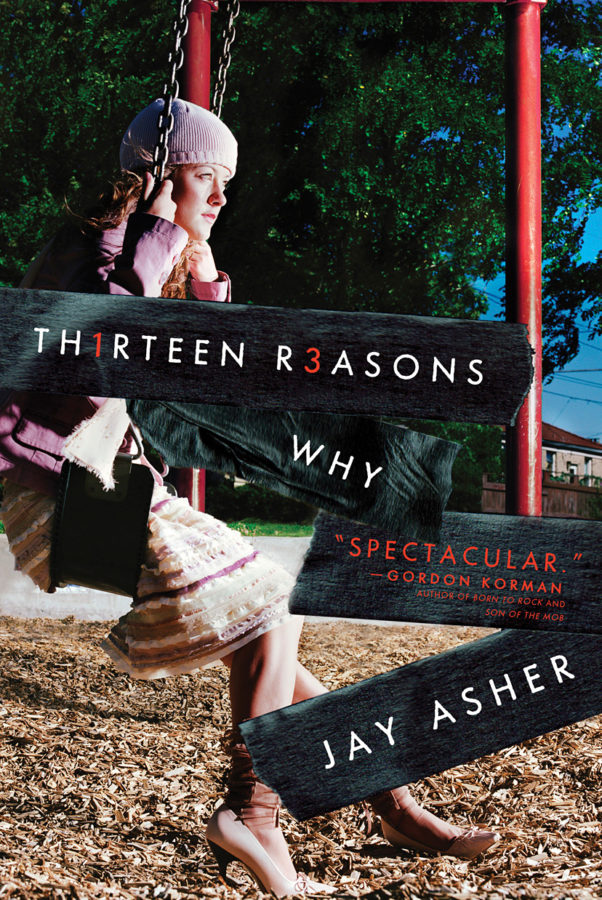 What was once a New York Times bestseller is now a popular Netflix TV show. Season one was first released Mar. 21 2017 and season two is currently in the making.

People often underestimate the subtle social torture high school students endure. Subjected to everything from rude looks in the halls to constant cyber bullying, some teenagers are perpetually struggling in an internal fight to be happy. Insensitive teens do not stop to think about the negative influence their actions have on others. No matter how strong a person may seem, everyone is always fighting a personal battle, and seemingly inconsequential words or actions–whether good or bad–can mean the world to someone in a fragile state.

In a brilliant yet painfully realistic way, Jay Asher’s young adult novel Thirteen Reasons Why, published in 2007, helps readers understand the effects their actions can have on the minds of others. The story follows Clay Jensen on his own journey of self discovery. Hannah Baker, Clay’s crush and the new girl with a bad reputation, commits suicide and leaves Clay a series of tapes explaining her decision to end her life. Listening to them, Clay learns about all of the traumatic events Hannah experienced that led to her suicide. The tapes reveal dark secrets Clay never could have imagined about the people at school, shocking and angering him.

Asher artfully tells the story through both Hannah’s and Clay’ points of view, giving the reader a deeper understanding of the tragedy that befell Hannah. As Clay’s late crush talks about her relationships with people and the way others treated her, readers see Clay’s own reactions to the news.

Hannah’s so-called friend Jessica, who first bonds with Hannah when they are both new to Liberty High School, ends up believing false, hurtful rumors about Hannah. When the two of them meet at Monet’s, a coffee shop that used to be their safe haven from the judgment of their peers, they exchange varying sides of the story in a heated argument. Eventually, Jessica slaps Hannah, and her fingernail leaves a small scar above Hannah’s eyebrow. When Clay hears about this event on the tapes, he remembers that he “noticed the scar a few weeks ago….and….told her how cute it was” (Asher 67). To Clay, the scar was pretty. He thought nothing more of it than a tiny flaw that added to Hannah’s beauty. However, as Hannah goes on to explain how much the scar impacted her life, readers can see the contrast between the two points of view. Hannah saw the scar “every morning when [she got] ready for school. ‘Good morning Hannah,’ it [would say]. And every night when [she got] ready for bed. ‘Sleep tight’” (Asher 68). The scar had a much deeper meaning to Hannah than to others who saw it. To her it was a constant reminder of a friend she had lost due to the hateful rumors that were spread about her all around the school.

In this day and age, people speak and act in so many malicious ways. Callous shoves in the halls or nasty rumors can accumulate to make the victim’s life feel like torture. What makes Thirteen Reasons Why such a powerful book is how it vividly shows the reader the deep impact hurtful actions can have on an individual in a dangerously fragile state of mind.

Teen suicide is a subject people often avoid. Desperate calls for help are shushed in fear of influencing others into a suicidal state. Others don’t know how to respond to a suicidal confession and simply change the topic. However, suicide is something that needs to be discussed. Society has to realize that nothing will change and more innocent lives will be lost if people do not start talking about the issue. To help deal with this uncomfortable topic, those considering suicide or anyone who knows someone in a suicidal state would benefit from reading this book. Although some may argue that the novel romanticizes suicide, it also shows people that they are valued and that suicide is not the answer. Asher’s story does not shy away from the realities of the lives of teenagers and the dark secrets inside of them. Everyone needs to read this book because people need to become aware of how their actions can affect a person. Readers, especially young adults, can relate to this story because of its truthful portrayal of man’s inhumanity to man on what some might consider a trivial level, but a level that can nonetheless lead to suicide.