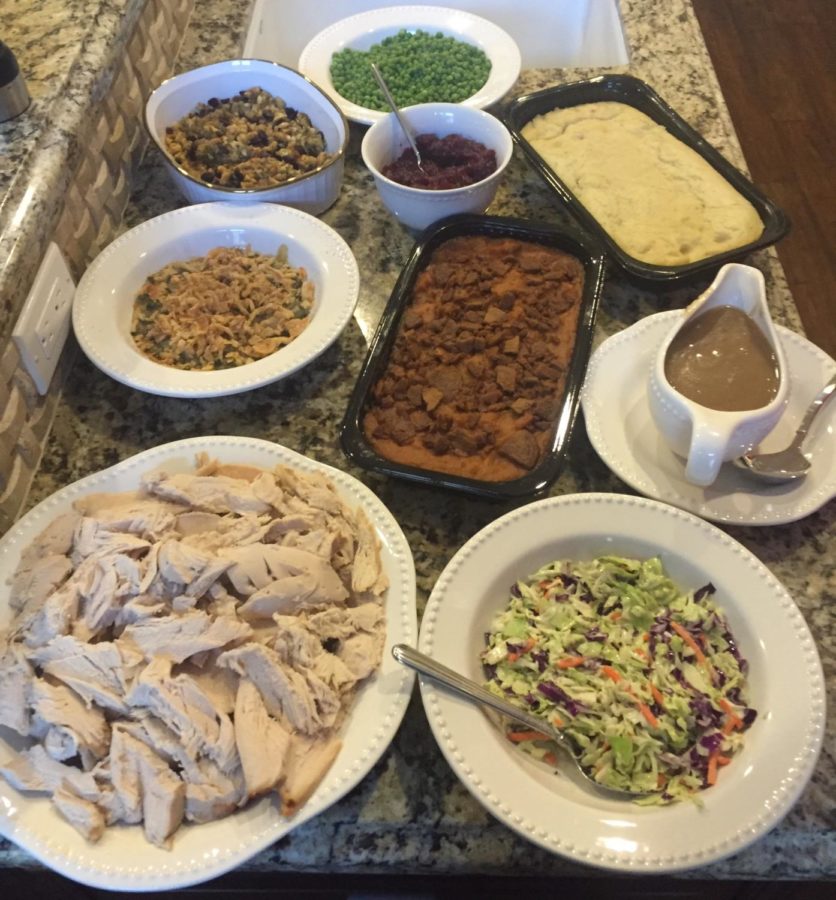 This is an example of a traditional American Thanksgiving dinner complete with turkey, mashed potatoes and gravy.

Students are getting excited for the upcoming Thanksgiving Break. Although this holiday is really about people being thankful for what they have in life, food plays an important role in this traditional American holiday.

Americans love to eat food like turkey, mashed potatoes, stuffing and gravy for Thanksgiving dinner. Although we all know what an American Thanksgiving dinner looks like, what does it look like for those with heritages from other countries?

Let’s start our Thanksgiving journey with freshman Abby Gomez, who has some Hispanic dishes for this holiday.

Pozole is a spicy soup with meat, hominy, chile peppers and various seasonings. Tamales originated from MesoAmerica. Mexican tamales are usually filled with toppings such as chiles, cheese, chicken, pork and beef. The word “tamale” comes from an Aztec word of the Nahuatl language, “tamalli,” according to an LA Weekly article.

Traveling East, the next stop is Iran. This country has its own set of unique dishes.

“We eat the normal stuff as Americans eat, like mashed potatoes with gravy, of course, and turkey,” freshman Saba Najafi said. “We do have some Persian dishes around, but they’re very minimum. It’s not really a routine [tradition], so there are various dishes every year. Of course we have rice and then we have fesenjān, which is my favorite.”

Fesenjān is an Iranian chicken stew, according to a New York Times Cooking article. Some of the ingredients include chicken, pomegranates and ground walnuts.

Many people eat traditional American Thanksgiving dinner in addition to foods from their own cultures. However, some people have everyday foods for the holiday.

For other places in the world, their Thanksgiving dinner menus showcase unique and homespun foods. This American holiday features a variety of traditions, which results in the mixture of cultures.