An App to Help Students: Portolapp 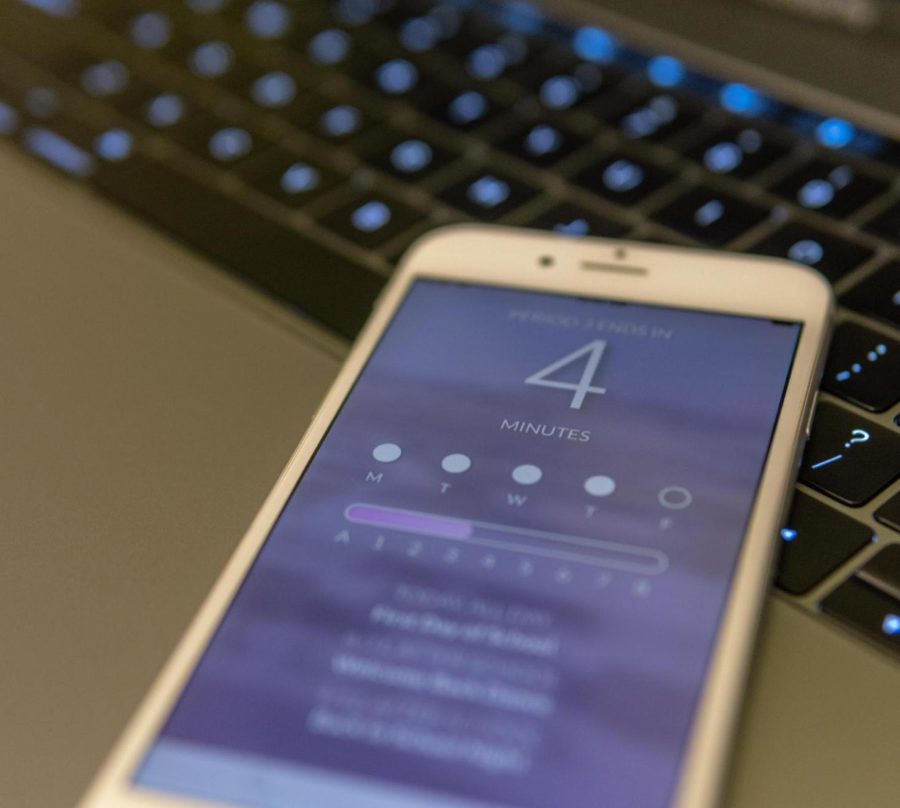 The home screen of Portolapp on iOS shows the day of the week, time until next class and upcoming events.

For the first time, a group of students rose to a class of their own by creating their own app: Portolapp.

“In my freshman year, I complained about how lunch lines are really long. I thought, ‘What if everyone could just scan their ID card or their phone?’ Maybe I can do something to make that happen,” Portolapp developer Patrick Cui said. “But after that, I thought, ‘Why can’t I make other areas of students’ lives easier by creating an app?’ I have always had that idea but never followed through until now.”

“Patrick realized that he needed help to make this app, especially on the Android side of things, and I was lucky enough to be one of the people he thought of,” Hawkins said.

Over the summer, they worked every day to develop each part of the app. Each member of the team has a specific role in which he specializes: Cui develops the iOS version, Jha and Kwon develop the Android version, and Hawkins designs the UI, or user interface. However, not everything went smoothly.

“For me, the biggest challenge was learning all the code as I went because I didn’t know how to program with Flutter and Dart,” Kwon said.

Flutter is an SDK (software development kit) and Dart is a programming language used by the team. Every member faced challenges similar to this, because Portolapp was their first experience with creating an app. Eventually, they figured everything out.

“Right now, the one thing I have planned is support for signing into Canvas and Google Classroom,” Jha said. “There are also other clubs on campus that have useful things they can add to the app.”

With room to expand, many features are making their way to Portolapp. If you encounter a bug, please email [email protected] with details about the bug.