Everything Wrong with ‘It’s Thanksgiving’ 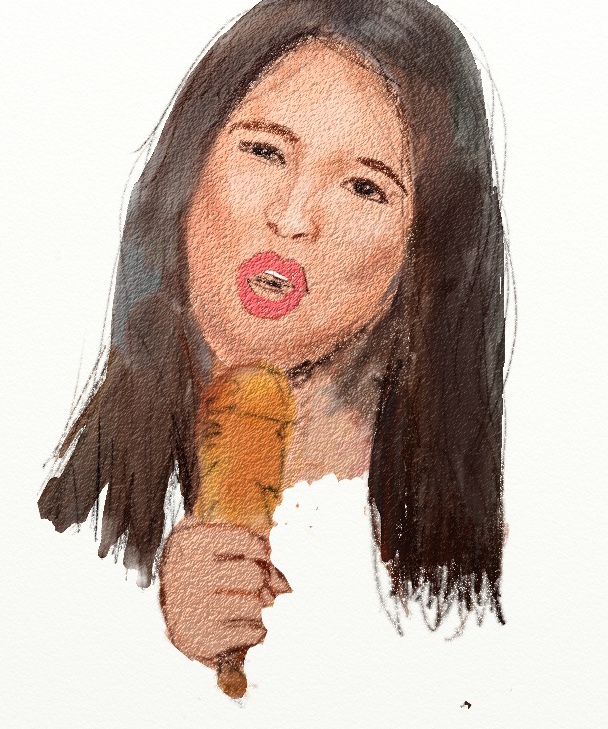 If someone ever wanted another iconic “Friday” music video for the holidays, she or he is in luck because the same producer of Rebecca Black’s “Friday” has produced another song titled “It’s Thanksgiving” by Nicole Westbrook, which is about a girl whose favorite day is Thanksgiving. Spoiler alert: It is absolutely ridiculous.

Right off the bat, the overused autotune similar to that of “Friday” is painful to the ears and distracting from the even worse lyrics. “Oh” and “yeah” are used excessively as filler sounds in almost every lyrical stanza, which can annoy the viewers.

Many of the lyric lines do not make sense, such as “Yo, it’s Thanksgiving-given’, and I’m tryin’ to be forgivin’. Nothing is forbidden, you know we gotta have it.” These lines leave the viewers asking what is forbidden and what do they need to have. Some lines of the song have no creativity and are repeated more than 25 times throughout the video, such as “it’s Thanksgiving” and “We, we, we, we’re gonna have a good time”

The first half of the video is incredibly boring, with scenes of Westbrook cooking a Thanksgiving meal by herself. Despite this, the first half is far more bearable than the bizarre second half of  “It’s Thanksgiving.” The second half kicks off with a self-promotion of producer Patrice Wilson, who randomly shows up out of nowhere to Nicole’s holiday memories. To make things worse, Patrice, an adult, comes to Nicole’s Thanksgiving dinner with her other tween friends in a turkey costume. The cherry on top of the whole video is Nicole’s “microphone.” Nicole grabs a drumstick from the turkey and starts singing in it, confusing viewers.

Despite the good intentions of the video to bring thankful cheer, “It’s Thanksgiving” is a complete mess with a bad plotline and dreadful lyrics.