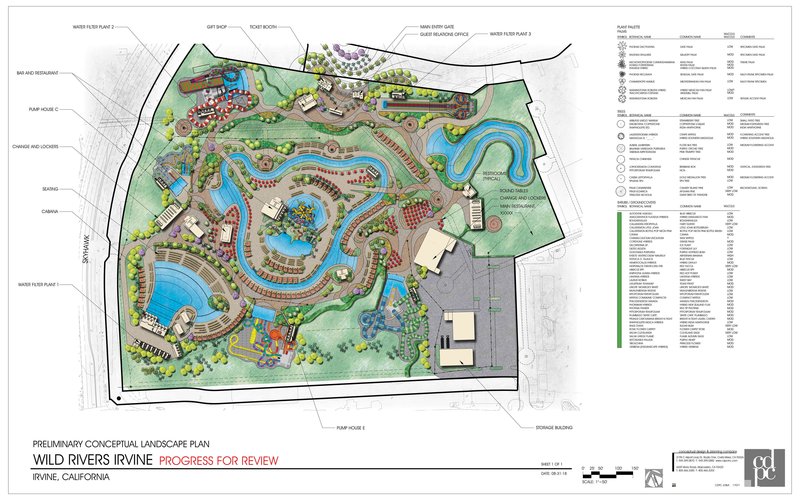 The new park will be around 50% bigger than the original and is expected to cost $50 million.

Since the original Wild Rivers waterpark closed in 2011, the Irvine City Council has proposed many plans to redevelop the park, the latest of which has passed “Phase One” in 2017 and is moving forward, with a planned opening in May 2020, according to the Wild Rivers page.

“I was so bummed when Wild Rivers closed” said junior Kameran Mody. “I would go so many times in the summer.

The waterpark, which closed after 25 years in operation, is set to be part of Irvine’s Great Park, a plan set in motion by the Irvine City Council in 2014.

The Great Park is made up of 688 acres of land in the center of Orange County and will include “a 170-acre golf course and golf practice facility and clubhouse, 71-acre agriculture component, and a 39-acre Bosque area,” according to the Irvine City Council.

In early 2017, the Irvine City Council approved a contract with Wild Rivers CEO Mark Riedel to develop a new location in the Great Park. The official ground lease, which was expected to be completed in the summer of 2018, has not yet been passed by the Council will be discussed at the next meeting this year The reason for the delay is an extended study of the impact the park would have on the environment, according to the process the Council has set for developing projects.

In an interview with the OC Register, Riedel said that the park will be “dramatically different” and “far and away better” than what people remember. Iconic rides, like the Bombay Blasters and the Congo River Rapids, will still be there, though upgraded.

The new location for Wild Rivers will be in a separate section of the Great Park called the Cultural Terrace. The 233-acre area will specifically reflect the local culture and history and will also include a Korean Garden as well as the Museum of Heritage and Aviation.

Many community members have clamored for the park’s reopening. On the Wild Rivers official Facebook page, over 700 have “recommended” the park, reminiscing about previous experiences and emphasizing the reopening’s extreme delay.

“I remember going to Wild Rivers when I was younger,” sophomore Annie Li said. “It was lots of fun and, hopefully, if its opens while I’m still in school, I’m going to go for sure.”