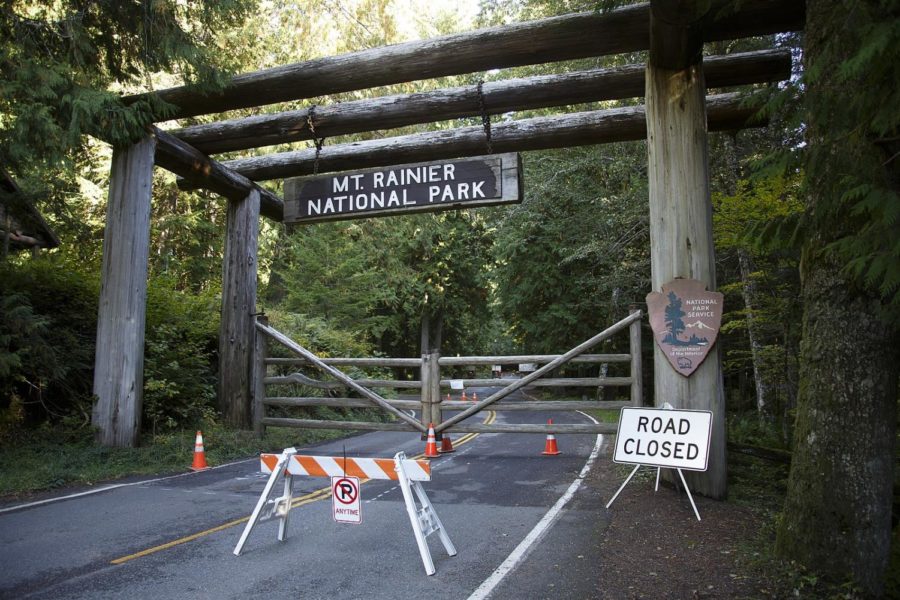 Mt. Rainier National Park in Washington was one of the numerous national parks across the country that were neglected due to lack of funding during the government shutdown.

During the government shutdown that lasted 35 days from Dec. 22 to Jan. 25, national parks were left open but severely understaffed, causing pollution, vandalism and other damages from which it may take years to recover.

As a result of the shutdown, the majority of park service employees were furloughed. According to the National Parks Conservation Association, compared to the National Parks Services’ approximately 20,000 employees,  “just 3,298 essential staff were tasked with managing 80 million acres of national park lands.”

The national parks suffered from overflows of garbage and human waste, damage to significant natural or historical sites and cases of vandalism and trespassing. Not only did these issues ruin the experiences of numerous visitors during the busy holiday season, but they also posed threats to wildlife and natural landscapes in the parks.

“In Yosemite, when I was in there during the government shutdown, a lot of people had their dogs out and were trampling over protected areas,” history teacher Natasha Schottland said. “I buy a yearlong national park pass because I fully support the parks and what they do, but people took advantage of the shutdown. It’s really depressing to hear that we don’t have respect for our parks.”

Damage to Joshua Tree National Park was notably severe. Trees were reportedly carved into and cut down. Both existing trails and natural landscape were damaged by irresponsible motorists and off-road traffic.

“What’s happened to our park in the last 34 days is irreparable for the next 200 to 300 years,” former Joshua Tree National Park Superintendent Curt Sauer said to The Guardian.

Previous shutdowns typically closed off the national parks from the public in order to preserve the natural environment within them. The resulting loss of park revenue pressured Congress to reopen the government faster.

However, according to National Geographic, national parks were intentionally kept open during this shutdown to signify President Donald Trump’s willingness to extend the shutdown for as long as it took for Congress to approve funding for his border wall.

Though the government reopened Jan. 25 without Congress approving Trump’s demand for a 5-billion-dollar wall, years of recovery from the damages of the shutdown lie in store for the national parks.