The Solution to a Closed Parking Lot 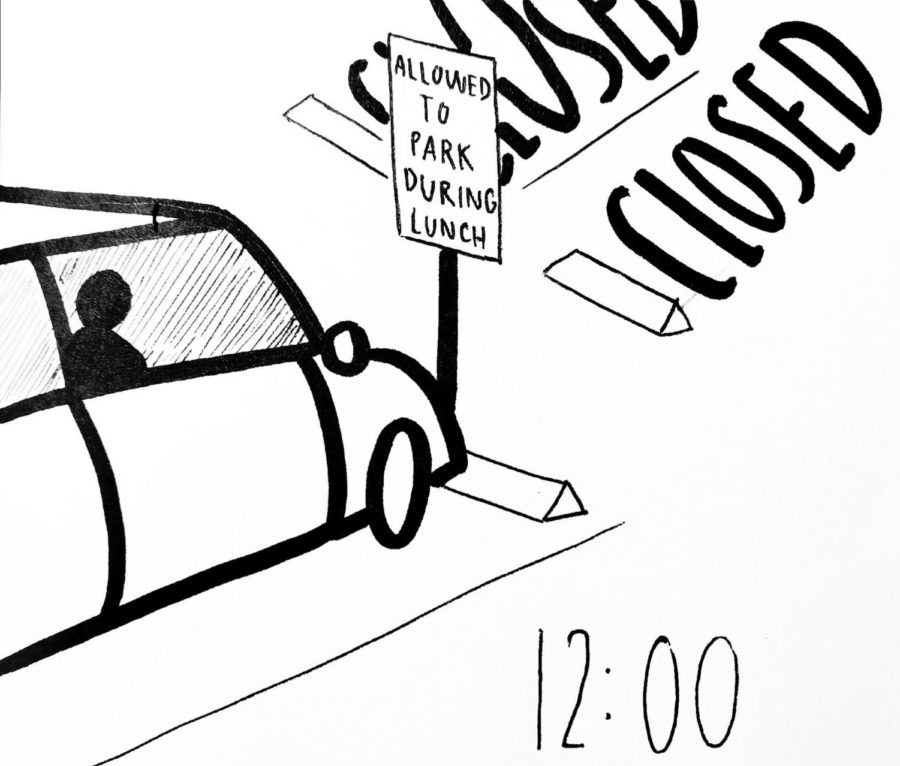 Although administration may not believe students can be trusted in the parking lot, students should still have access this area because it isolates students following the rules in the parking lot and it opens another area on campus for students to congregate, therefore opening up more space for the growing student population during lunch time.

“We decided to close the parking lot during lunch because of illegal activity that some students were doing in their car,” assistant principal Jeff Hernandez said. “Students were also causing a disturbance by playing explicit music from their car too loud.”

Although there were some students doing illegal activities, others were respecting the rules. Because of this, it is unreasonable to close the parking lot to everyone. Instead, it would be more effective to restrict parking lot access to certain students who have been caught or have a past record of engaging in unruly activity and leave it open for students who are following the rules.

“The admin decided to close the parking lot because we were getting a lot of complaints by students and parents that things were being done in cars that were not school policy,” campus control assistant George Mares said. “It wasn’t all students that were breaking school rules.”

One way to solve the problem of students partaking in illegal activities in their cars without taking away the parking lot from everyone else is to use a system similar to during office hours where it is a privilege to be at the outside tables or in the commons and is enforced by the campus security team. This offers a system to filter out students who are otherwise not responsible.

This system has already proven to be effective during Office Hours where students who have certain grades are given the privilege of being able to be at the lunch tables, in the commons or in the gym playing basketball by a sticker on their ID card that the staff can ask to see at any time during Office Hours.

Since closing the parking lot makes the campus more crowded than it is with the parking lot open, the best decision to be fair to everyone who drives to school is to use a sticker on students’ ID cards to indicate if they are allowed to be in the parking lot at lunch or not based on their prior behavior.