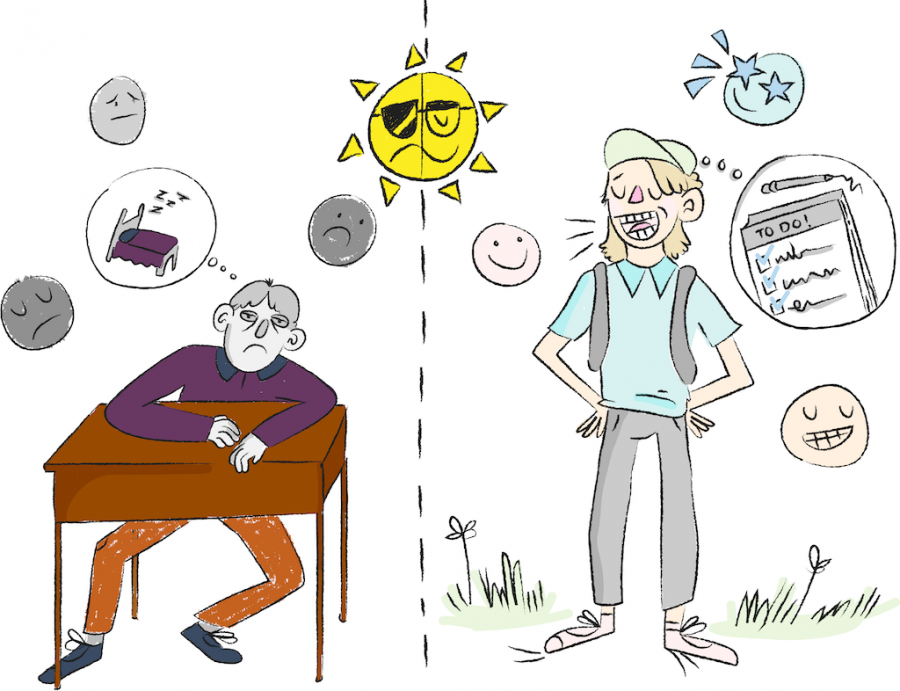 H2H: Is Daylight Saving Worth It?

Daylight Saving Time is a ‘Spring Forward’ for Student Productivity

As Daylight Saving Time (DST)’s annual “spring forward” started on March 8, the debate once again comes to light: should DST be abolished? While critics of DST express concern over the drawbacks of the transition, the benefits in productivity and safety that the change of hour brings ultimately outweighs the temporary disruption.

While critics of DST express concern over the drawbacks of the transition, the benefits in productivity and safety that the change of hour brings ultimately outweighs the temporary disruption.

DST begins every year on the second Sunday of March when clocks move forward an hour and lasts until the first Sunday of November. Originally introduced in World War I to reduce the need for artificial light, DST continues to serve its purpose of increasing the amount of daylight in the evenings in the winter months, when days are shorter. The added natural light in the afternoons promotes higher productivity and may lead to a less sedentary lifestyle.

According to The Washington Post, “we typically spend more awake time in the evenings than in the mornings. We also enjoy many benefits from being awake in the sunshine… vitamin D, increased exercise, increased socializing and overall improvements to mental health come with sunlight.”

Especially for students, DST increases the amount of daylight available after school in the winter months, when days are naturally shorter. Not only does the presence of natural light promote productivity, but it also allows students to commute safely to and from school.

“Irvine is a really safe place, but it just gives me peace of mind when it’s not almost sunset or even dark out right after school,” sophomore Cinta Adhiningrat said. “I come home later than others from school every day, so I feel more safe at home alone while there’s still light out.”

Without DST, it would be dark outside by the time school ends for some students, particularly athletes whose practices extend long after school. The long dark hours pose risks to student drivers; according to the Accident Analysis & Prevention journal, motor vehicle accidents increase by 13% without DST.

The main counterargument against DST is concerns regarding the actual transition during the “spring forward” and “fall back” each year. Critics discuss the potential negative impacts to health that a disrupted sleep schedule may cause.

However, DST transitions occur over weekends to intentionally minimize the disturbance they may cause. Furthermore, the health benefits of less artificial light in the afternoons for half the year outweighs the effect of a temporary disruption twice a year.

For students, DST is a highly beneficial system that protects their safety, productivity and freedom for recreation in the evenings. While the shift in sleep schedule may pose temporary frustration, the long-term advantages of DST ensure that it is a system to be kept.

Daylight Saving Time, a practice started during World War I to minimize artificial lighting use, has become an outdated system that burdens more than it benefits. Despite positive claims that it increases productivity, DST has become an issue, depriving sleep from already exhausted students, causing health issues and saving no energy.

Our data indicate that people tend to utilize the extra hour in phase delays for waking activity rather than for sleep.”

According to a study conducted by Michigan State University,  individuals tend to sleep less during the week of the time change, because the body experiences symptoms resembling jet lag.

“People tend to sleep 40 min less following phase advances as compared with all other non phase change days,” Michigan State University wrote. “Our data indicate that people tend to utilize the extra hour in phase delays for waking activity rather than for sleep.”

Lack of sleep also contributes to health issues, especially if the body’s natural sleeping cycle is disturbed twice a year.

In a Daily New York Times article, Dr. Shelby Harris, director of Behavioral Sleep Medicine Program, acknowledges that changing of the body’s clock just by an hour can throw off hormones and cause “cluster headaches,” the “sudden, severe, headaches” described by the National Institutes of Health as “one of the most painful conditions known to man.”

As sleep deprivation can affect daily behavior for several weeks, this change can also decrease productivity, contradicting the commonly believed claim that DST increases productivity from longer exposure to daylight.

“The consequence of [DST] is that the majority of the population has drastically decreased productivity, decreased quality of life, increasing susceptibility to illness, and is just plain tired,” German chronobiologist Dr. Till Roenneberg said in an interview with National Geographic.

Health issues are not the only problems caused by DST. Contrary to the initial purpose to save energy in the early 1900s, DST now serves as an ineffective energy-conservation solution due to how the system stimulates greater heating costs in the mornings and increased use of air-conditioners from hot afternoons.

According to a study from University of California, Santa Barbara, professor Matthew Kotchen and PhD student Laura E. Grant states DST increases residential electricity demand because “in hot periods daylight saving time means air conditioners tend to be run more when people arrive home from work, while in cooler periods more heating is used.” This was not an issue during the first implication of the system because not as many people used air conditioning devices.

DST defeats the original purpose and has become a burden fatiguing students with health problems and productivity issues. CA voters have already approved of eliminating DST in 2019, but the idea still requires a two-thirds majority vote from the state legislature and then an approval from congress. Although it may be difficult to eliminate the long-standing regulation, there must be serious consideration put in by the California state legislature and congress in order to get rid of the ineffective law.

Students can email district representatives and senators to push for a change. Examples would include senator John Moorlach, representative of parts of Orange County in the California State Senate, as well as Steven Choi, Irvine’s representative for the state house. The steps students can take to eliminate DST may be small, but persistence over time can play a role in removing this cumbersome procedure.