Over thirty people have been arrested on federal charges after being identified at the riots, according to CNN, but fears of further violence remain.

Shortly before his suspension from Twitter on Jan. 8, Trump tweeted, “To all of those who have asked, I will not be going to the Inauguration on January 20th.”

Later, on Jan. 13, Trump released a statement urging “that there must be NO violence, NO lawbreaking and NO vandalism of any kind. That is not what I stand for, and it is not what America stands for.”

However, some of his supporters have interpreted his earlier Tweets as an invitation to protest the election once again. According to the Los Angeles Times, many of the rioters view the Jan. 6 incident to be only the beginning of a series of attacks.

“We’re working with the deep state. These are treasonous, anti-American, communist dictators,” Jessica Teachout, who was present at the Capitol on Jan. 6, said to the Los Angeles Times, referring to the government officials who recalled their support of Trump. “Did any American out there really think it was going to be this easy to take our country back?”

To those who wreaked havoc in our Capitol today, you did not win. Violence never wins. Freedom wins. And this is still the people’s house.”

In the days leading up to the inauguration, the FBI prepared for armed protests at all 50 state capitals and D.C., according to the Associated Press.

“A lot of people were energized by what happened last week,” Mark Pitcavage, a senior research fellow at the Anti-Defamation League’s Center on Extremism, said to the Associated Press. “‘Trumpist’ extremists [are] so caught up in the cult of personality around Trump that they may be willing to break the law or engage in violence purely in support of Trump and whatever he wants.”

Meanwhile, the riots against the Capitol have been condemned as not just a simple protest, but a violation of the Constitution and a defacement of democracy by both Democrats and Republicans.

According to the New York Times, Tom Bossert, President Trump’s former homeland security adviser, criticized him in a Tweet that read, “This is beyond wrong and illegal… It’s un-American. The President undermined American democracy baselessly for months. As a result, he’s culpable for this siege, and an utter disgrace.”

Political analysts believe that the Capitol riots may have disastrous consequences on the United States’ international standing and foreign policy.

“The episode says much about Washington’s standing in the world after four years of the Donald Trump presidency. The U.S. has haemorrhaged both influence and soft power,” diplomatic analyst Jonathan Marcus said to BBC News. “The forces of attraction that made the country a model for aspiring democrats everywhere are tarnished, its fissures are there for all to see.” 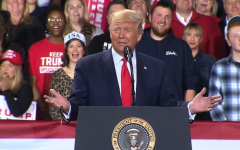 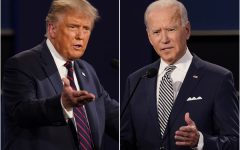 The First Trump-Biden Debate Was Ineffective, But That Does Not Mean Presidential Debates Are 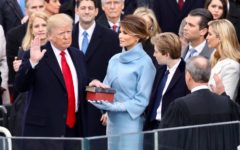