Should Finals be Before or After Break?

Give me a Break!

For many students, winter break is a time to destress with their friends and families. However, winter break is now an alarming reminder that finals are only a few weeks away. A time meant for relaxation has now turned into crunch time for students as they keep up with their academic lives. Having finals before these two weeks will ensure that students are allowed actual time off.

“Of course I wish I could truly relax over break,” freshman Padma Iyengar said. “It would be nice to have some days where I do not need to spend a large amount of time on school”.

Having finals before break can have major benefits for students. The content is still new in their minds, so students will be more likely to remember the content of the class. By giving the final while they know the information well, students will be more confident going into the final. Students will also feel less stressed after finals and will have more time to spend with their loved ones.

According to Princeton Alumni Weekly, “Surveys found that students want to move finals before winter break to reduce stress. Eighty-one percent of undergraduates said that scheduling finals in January made them feel stressed over winter break, and 79 percent said it made them spend less time with family and friends over the break.”

Changing the schedule to having finals before the break would require schools to start earlier. This is a change that most students and teachers cannot even imagine being put in place. However, the negatives will overall outweigh the positives because by starting school earlier, as the semester will will be able to wrap up before winter break. High schools in Irvine such as Northwood High have already made this change starting this year. Although there are no results yet due to being the first year on the new calendar, the change is projected to give students a better educational experience.

“We want the students to have the best experience possible. When you’re weighing all things, we’d rather have the students have a better experience,” social studies department chair Jon Resendez said. “We’ve already declared winter break a no-homework zone, but that’s really hard to enforce when students know there’s a final coming, or they know they’re going to have a project they’re going to work on, so it’s not likely that students are going to not work during the winter break.”

While students have more time to study during winter break, many would rather use the time to destress and spend time with loved ones. For most students, winter break serves as a wakeup call to work hard in order to get the desired results. Therefore, it is crucial to adjust the schedule to accommodate giving finals before the break. 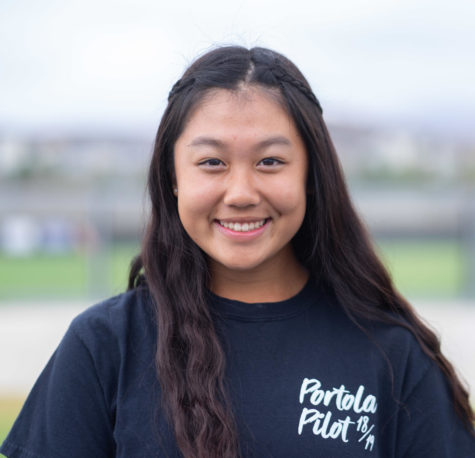 Helena Hu is the Co-Editor-in-Chief of the Portola Pilot this year. As Centerspread Editor and Social Media Director for the past two years respectively,...

Between maintaining a social life and struggling to keep grades afloat, it may seem impossible to introduce studying for finals into every student’s daily workload. However, holding finals after winter break enables students to prepare for the harsh and exhausting testing period known as finals week without having to sacrifice mental health for grades.

With finals often weighing 15-25% in the gradebook, it is no surprise that students will find themselves poring over textbooks, study guides and review worksheets in order to earn an ideal grade. This can be stressful and taxing on the students, but luckily, students are still able to take a slight break before finals.

“You know in college you’re not going to have this break, so it really gives them a chance to reflect on their semester,” math teacher Eric Graham said. “So [winter break] is giving them an opportunity to figure out what they don’t know.”

In the solace of a home or quiet library, students can study alone or with their peers. Free from the stress and pressure of classes and school, they can review concepts that they struggled to grasp in class. While in class, students may feel like they are unable to keep up with the fast-paced lessons, but winter break allows them to review material at their own pace.

“During break, you can look over everything you learned and go back to school knowing what you’re supposed to know. You’ll also know exactly what you are struggling with, leaving nothing to stress over during the actual week of finals,” according to an article in the Chicago Tribune titled, “Should Finals be Given Before or After Break?”

The current scheduling calendar for Portola High allows for an intermission week in between winter break and semester finals, allowing students to prepare even further in their classes.

On the other hand, some people may argue that having finals after winter break prevents students from truly enjoying their break, or that winter break causes students to lose focus on their studies. Although the stress of finals initially seems like a looming presence during winter break, most cultural or religious holidays occur or end in the first half of break. This frees up several days before school that students can spend however they desire, whether that is studying, hanging out with friends or relaxing on the couch.

The last week between break and finals is not only an opportunity for students who had began over the break to continue studying for exams, but also a chance for some students to begin preparing for finals. Students can still earn a well-deserved mental respite and then return to school prepared to study because of the extra week. Therefore, having finals after winter break does not necessarily mean sacrificing mental health or academic security, but rather allows for a harmony of both. 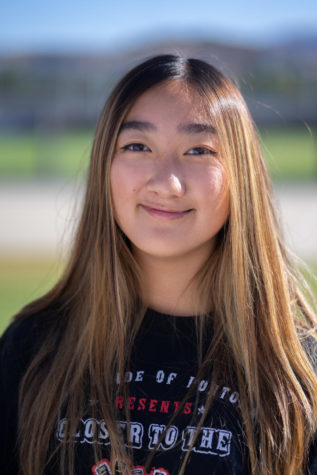 Annie Qiao is your 2019-20 Arts & Entertainment Editor for her fourth year at the Pilot! As a passionate admirer of the arts, she hopes to bring a...