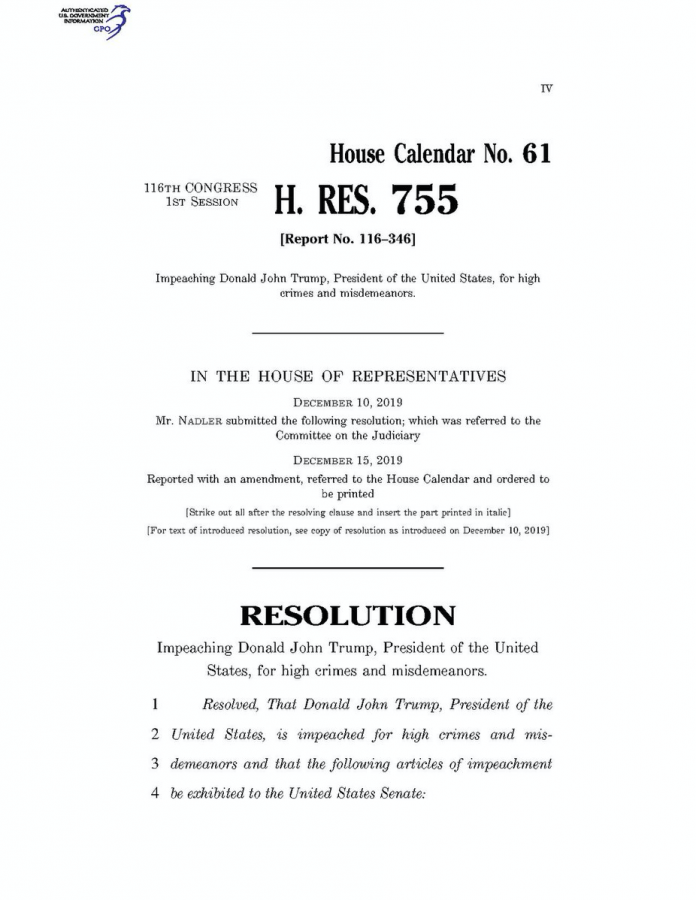 Photo Courtesy of the House of Representatives

Trump was first impeached by the 116th Congress for abuse of power and obstruction of justice on Dec. 15, 2019. With his second impeachment for insurrection of violence, Trump became the first president in American history to be impeached twice.

The House impeached Trump for insurrection of violence with a vote of 232-197 on Jan. 13, making him the first president in history to be impeached twice, according to the New York Times. Notably, ten Republicans voted for impeachment, while none had voted during his first impeachment in 2019.

However, Trump was not removed from office until Biden’s inauguration on Jan. 20, which would have required a conviction from the Senate. Senate Majority Leader Mitch McConnell previously stated that this would not be possible in a press release on Jan. 13.

Others called for an invokement of the 25th Amendment, which would permit the president’s Cabinet to strip him of his powers and transfer the role of acting president to Pence. However, this endeavor was also unsuccessful, as several cabinet members and other officials of the Trump administration resigned from office in the days following the riots.