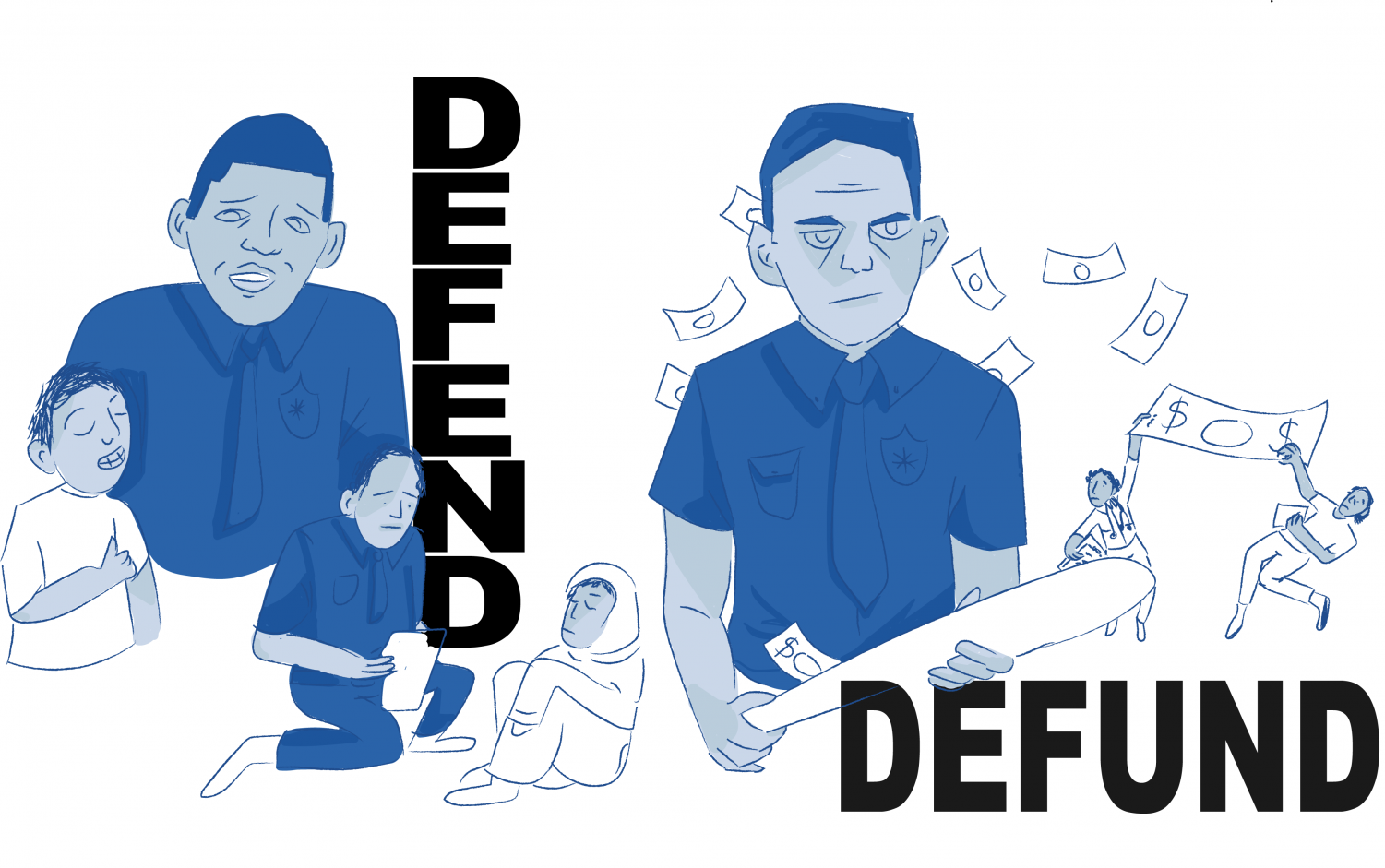 Sparked by recent protests, a controversial debate around law enforcement and public funding has gripped the nation. Defenders of police point out the services that officers perform for their community. Those in favor of defunding police budgets believe other sources should receive funding. (Nate Taylor)

Sparked by recent protests, a controversial debate around law enforcement and public funding has gripped the nation. Defenders of police point out the services that officers perform for their community. Those in favor of defunding police budgets believe other sources should receive funding.

H2H: Defund or Defend the Police?

Following the May 25 death of George Floyd, surges of Black Lives Matter protests broke out across the country. An essential demand of these activists has been the widespread defunding of the police. Law enforcement continues to uphold systems of oppression on top of ineffectively preventing crime or protecting citizens. Therefore, the money and resources of these departments should be diverted to support health and social services.

“How the policing system works in America speaks directly to the nature of the institution. Police started as slave catchers; their original purpose was to protect capital and the interests of those in power at the expense of humanity,” Beckman High senior and student activist Wismick Sain-Jean said. “At no point has the system been reconstructed to address its origins. By and large, the system still functions in the same way; police tend not to stop crimes, and the vast majority of their investigations are unfruitful.”

In the face of criticism, defenders of police call for more funds for body cams, equipment and training. According to the Bureau of Justice Statistics, most violent and property crimes go unsolved while police spending rises. Decreases in crime rates are often cited as positive evidence of the power of police; however, an analysis by the Washington Post of overall yearly spending of police and crime rates of the past 60 years concluded no significant correlation.

An examination of Orange County Board of Supervisors budgets shows a steady decline of funding for healthcare and social services, yet the Sheriff’s department’s budget has more than doubled since 2009.

The Orange County Sheriff’s Department has had its own host of scandals and injustice. In 2011, Fullerton officers beat to death homeless schizophrenic Kelly Thomas. Thomas is one story among thousands across the nation in which the presence of a mental health professional or social worker over an officer would have likely saved his life.

If cops are not trained correctly or if inherently racist cops are hired, then the community that they are ‘protecting’ is in more danger.”

In an audit conducted by the OC District Attorney’s Office earlier this year, the department once again broke its sworn duty of protection revealing widespread evidence-booking malpractices.

“If cops are not trained correctly or if inherently racist cops are hired, then the community that they are ‘protecting’ is in more danger,” sophomore and Defund the Police supporter Meghan Harrington said.

Placing millions in taxes and trust into the police has not served Americans well. If cities want to prevent crime, ensure the safety of their citizens and right the wrongs of the past, the answer is simple: defund the police. 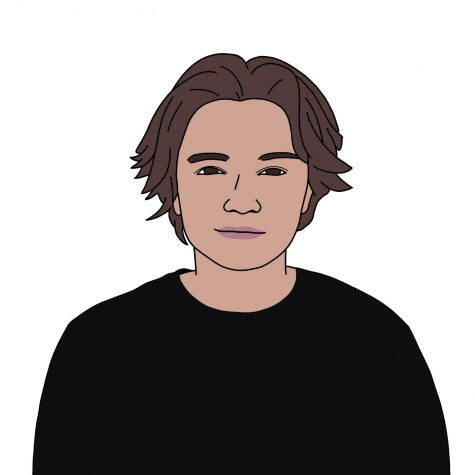 Calls to defund the police have taken root in American legislature as a proactive means to combat systemic racism and police brutality toward black Americans. However, amid a surge in violent crime and looting across the United States, defunding law enforcement is neither practical nor timely and will ultimately harm American communities.

To defend the police is not to deny or ignore the existence of police brutality, especially toward minority groups. Rather, it is to ensure that our law enforcement has the tools necessary to protect our communities, including marginalized communities.

“[My city] wants to cut 10 million dollars from the budget starting October 1,” Orange County police officer Rob C. [name altered for anonymity] said. “The tools that we need to be able to successfully complete our job, I don’t think we have that anymore. The necessary resources. It’s going to put public safety at risk. It’s going to cause response times to increase. You’re not going to have anywhere near as many officers on the ground handling routine calls.”

Between late May and early August, New York City alone recorded a 140% increase in shootings compared to the same period last year, according to the New York Times.

In Minneapolis and St. Paul, approximately 1,500 businesses “were damaged by vandalism, fire and looting” between May and August, totaling more than $500 million in property damages, according to the StarTribune.

As the COVID-19 pandemic continues to deepen economic disparities, marginalized groups will be among those affected most by the ramifications of a defunded police force.

Delays in police response and lack of police capacity will increase fear of crime, render victims of crime helpless and wreak havoc on communities, especially communities of color, even more so than is already the case.”

“Wealthy neighborhoods will hire private security as they are already doing, and poorer neighborhoods will have to fend for themselves even more than they already have to,” Seattle University criminal justice professor Jacqueline Helfgott wrote in a The Seattle Times article. “Delays in police response and lack of police capacity will increase fear of crime, render victims of crime helpless and wreak havoc on communities, especially communities of color, even more so than is already the case.”

Seattle’s first black police chief, Carmen Best, announced her resignation on Aug. 11, citing a “lack of respect” for law enforcement officials, according to The Seattle Times. The move came hours after the Seattle city council’s decision to cut $3 million from the police budget on Aug. 10, threatening layoffs for up to 100 police officers.

“We have 800,000 calls for service every year,” Best said on NPR. “If you just lop off, even 100 officers, that’s going to be highly detrimental to a department that wasn’t staffed enough to deal with the calls we did have. And who is going to answer?”

Mass police resignations correlated with a 37% increase in homicide rates, a 35% increase in aggravated assaults and a 27% increase in robberies in June, as found in a study conducted by the Council of Criminal Justice analyzing the impact of the COVID-19 pandemic and social unrest in 27 American cities.

In a time marked by desperation, economic turmoil and an upsurge in violent crime, the need for a capable, unobstructed police force has not been clearer.

“We shouldn’t defund the police, as law enforcement is essential for the safety of our community,” junior Jax Szerenyi said. “Officers’ jobs are already hard as is, and with the idea of ACAB [All Cops Are Bastards], many officers are leaving their jobs, contributing to higher crime rates.” 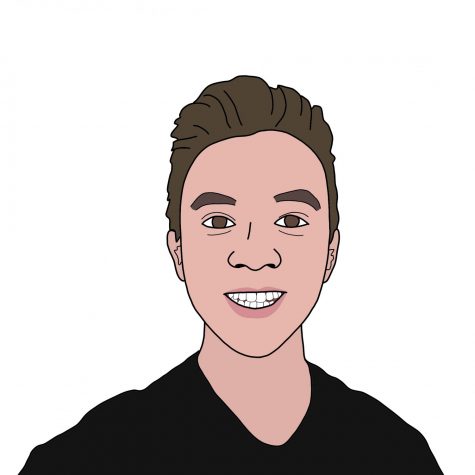 Ryne Dunman is a member of the Portola Pilot business team for the 2020-21 school year. He is passionate about real estate and urban development, and he...