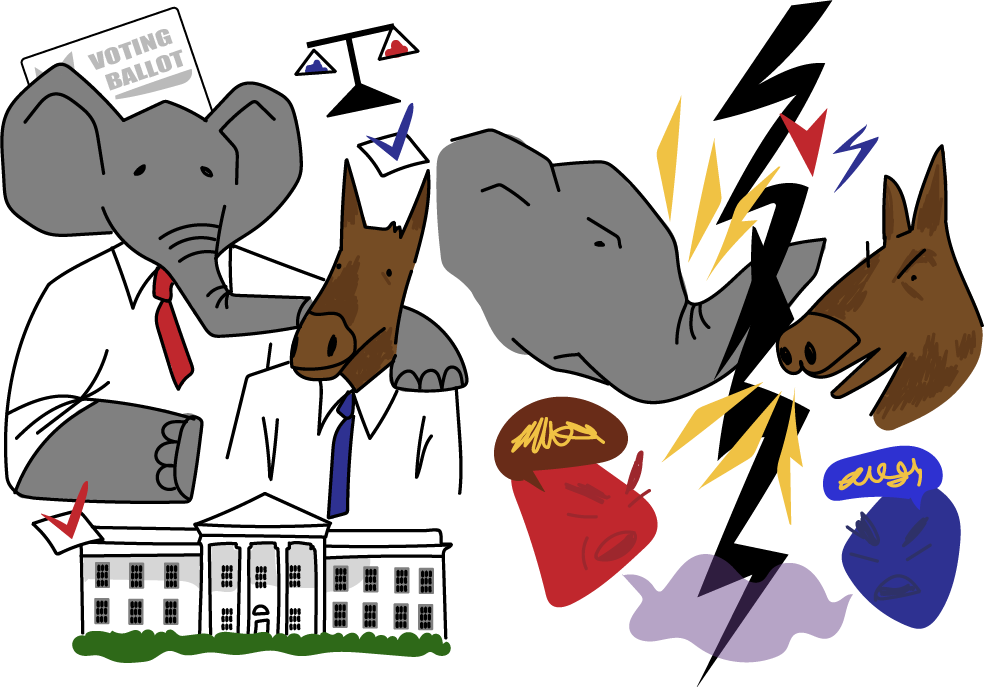 Growing political tension between Republicans and Democrats has spawned debate about the need for political parties in American society. Those in favor of political parties cite their services in streamlining governmental processes for politicians and citizens alike. Detractors argue they do more harm than good, dividing political groups and spurring polarization. (Nate Taylor)

In an age marked by growing change and, in consequence, growing disputes, polarization has marred the United States’ political landscape, inspiring reform to deeply-rooted aspects of our government.

We must not, however, lose sight of the vital services that our country’s political parties provide for the government. Political parties are not only fundamental aspects of modern governance, but also manifestations of the free thought that we Americans so fortunately embody.

According to the Library of Congress, the United States sustains a multi-party system, featuring the Democratic and Republican parties along with smaller factions like the Libertarian, Socialist, Natural Law, Reform, Constitution and Green parties. Political parties emerged amid the ratification of the United States Constitution in 1787, and today they are deeply entrenched in governmental processes – most notably, elections.

Political parties are chiefly responsible for holding primary elections and conventions, which determine whom to nominate for subsequent general elections. Over 90 state primaries took place nationwide for 1,212 total registered political candidates before the November 2020 elections, according to the National Conference of State Legislatures.

“The common voter won’t spend as much effort and time to learn about each individual candidate as if they were all independents,” alumnus Nicholas Hung, who voted in the 2020 election, said. “The political party system helps voters quickly know the general summary of someone’s ideologies and what they would do in office.”

Opposing parties also have the ability to challenge each other during legislative processes, preventing a majority party from overshadowing the minority. Detractors may construe this authority as “partisanship;” however, this ability fundamentally upholds our government’s system of checks and balances, leveling the playing field for Democrats and Republicans alike.

“[Political parties] are likely in the course of time and things, to become potent engines, by which cunning, ambitious, and unprincipled men will be enabled to subvert the power of the people and to usurp for themselves the reins of government, destroying afterwards the very engines which have lifted them to unjust dominion,” Washington said in the address.

However, this argument disregards our country’s checks and balances system and the service of our government’s judicial branch in interpreting federal disputes: one that has upheld the integrity of American politics since the Constitution’s signing two centuries ago.

“Our political system and our political parties are a mirror for the electorate,” social studies department chair Jon Resendez said. “I don’t think it’s the parties that pull people apart. I think that the parties more accurately represent what the people are.”

It’s a balance between having an organized and efficient political system that people can understand and access, and then, on the other hand, having everyone be a rational, reasonable, free-thinking individual.”

Attributing today’s political polarization to the nature of political parties is unwarranted, especially considering their valuable role in streamlining legislative processes for the everyday citizen. And while they may appear as independently-acting entities, political parties, in the end, are based on the ideologies of our diverse population.

Alternatively, we must deconstruct the echo-chamber mindset among American voters, which is catalyzed by social media and the coercive mainstream media. Rather than blithely follow ideologies per their political labels, we need to embody our own beliefs and simultaneously be willing to acknowledge the rationale of conflicting ideals.

“It’s a balance between having an organized and efficient political system that people can understand and access, and then, on the other hand, having everyone be a rational, reasonable, free-thinking individual,” Resendez said. “A party of your own.” 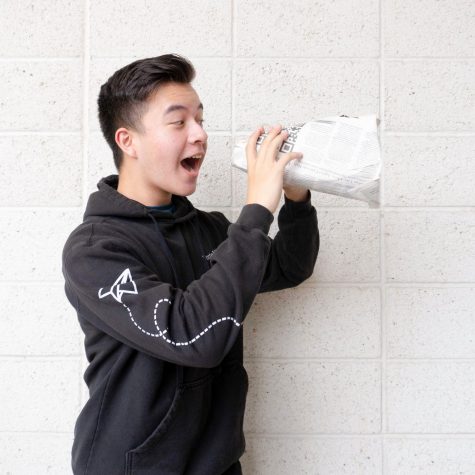 Ryne Dunman is the Co-Editor-in-Chief for his second and final year on the Portola Pilot. This year, he’s excited to make new memories in-person and...

Political Parties Are Destroying and Dividing Our Democracy

“There is nothing I dread So much, as a division of the Republic into two great Parties, each arranged under its Leader, and converting Measures in opposition to each other,” founding father and second U.S. president John Adams warned in a letter from 1780. “This… is to be dreaded as the greatest political Evil, under our Constitution.”

We have created a political system that rewards people with reelection by being intransigent [and] unwilling to compromise.”

Over two centuries later, Adams’ fear about political parties battling against each other has been proven to be a reality. A country originally birthed upon the value of unity, we now see ourselves living in a nation defined by partisanship and political division. To combat the “us” vs “them” mentality between parties, we need to stop fixating on spewing hatred and finding every fault with the opposing party, but rather, spread empathy by being more open-minded to other political sentiments.

In a September 2019 survey, 64% and 55% of Republicans and 75% and 47% of Democrats called members of the opposing party “closed-minded” and “immoral,” respectively. This was an increase in both parties equating each other with negative traits since spring of 2016, according to the Pew Research Center.

“We have created a political system that rewards people with reelection by being intransigent [and] unwilling to compromise because if you compromise and you talk to people on the other side and you work with them, you’re going to get attacked by your own party in a primary,” former congressman Mickey Edwards said in an interview with The Atlantic.

Democrats and Republicans are increasingly segregating into rival teams who are constantly chastising each other, rather than striving to find a consensus. Thorough evaluation of policies, facts and personal values are often disregarded as people rely on party affiliations and political labels to vote.

Moreover, due to having only two major political parties, Americans are forced to fit themselves into the little red or blue box, because otherwise, their voices won’t be heard through the smaller Independent, Libertarian or Green parties.

“Oftentimes because we only have two major political parties, we don’t hear everyone’s voice,” passion civics teacher Kathryn Beechinor said. “Not everyone’s voice is being heard through the Republican party or the Democratic party because they don’t represent everyone in the two platforms that they run.”

The ever-increasing partisanship in the United States is becoming even more exhausting to mitigate with the rise of Generation Z’s toxic “cancel culture.” To “cancel” someone initially meant to publicly criticize and shame those who say or do offensive things, particularly through social media platforms. However, the ideology has recently evolved into aggressively “cancelling” those who may express opposing views to political mainstream opinions.

“When someone brings up a perspective where they say that…they support the Republican party or that, let’s say they’re pro life or they’re anti gun control, something like that…they’ll get immediately attacked by every other student at the school [who] doesn’t agree with them,” senior Noah Kim said. “It’s super antagonistic, and people are just fighting each other.”

Abolishing our binary party system may be unrealistic, if not impossible, in this current political climate. But there are definite ways that we, as average citizens, can reduce partisanship.

As USA Today suggests, we need to start politely condemning others, including members of our own party, who spread politically polarizing, prejudiced or defaming messages targeted towards the opposing party. We also need to promote more empathy by educating ourselves and others to see beyond political biases and understand other people’s political viewpoints.

It is only when we have shown more empathy than prejudice that we can start to form a middle ground and overcome this disunity. 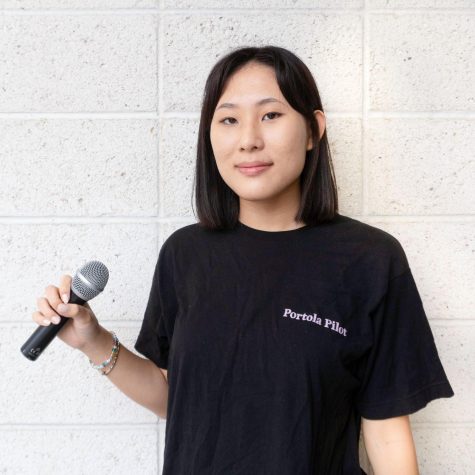 Celine Lee is the co-news editor and co-business manager for her second year on the Portola Pilot. She currently has an unhealthy attachment to her senior...